Living in a Fairy Tale

Like most little girls, I loved fairy tales and identified with the characters. I also dreamed of the Prince charming and the Fairy Godmother who would come to save me. 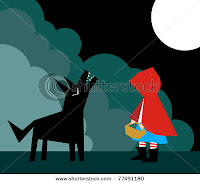 Whenever I went to the country village to visit my grandmother, I became Little Red Riding Hood, and the older cousin who abused me there was the Big Bad Wolf.
When my family used to comment on my "extremely" white skin, or when my schoolmates made fun of me for being so pale, I wished I could be Snow White, hiding in the woods and finding a wonderful family I could serve and love.

When I buried my face in the pillow and cried my heart out, I prayed God to either take me, make me very ill, or at least make me sleep until I became old enough to be found by a wonderful Prince who would wake me with his kiss.


I loved all those characters, but I was drawn to Cinderella. I always felt like Cinderella at home, and I don't blame anyone else for that. I put myself in that situation: I wanted to please anyone and everyone ... I needed to feel accepted and loved. Cinderella kept dreaming and working hard on realizing her dream until the day finally arrived when she found her Godmother.
Cinderella's Godmother is very special and so hard to describe. She can't be defined by human criteria like age, shape, sex etc. Her beauty can't be compared to anything else as it is unique and dazzling. She just entered Cinderella's life at the perfect moment, sending her light to Help and Guide. Cinderella's Godmother is LOVE, and she was the amalgam of all the LOVE flowing to Cinderella, which she had found online... all these new, loving, uncritical, supportive friends part of the new family Cinderella had found online and who all joined together, wrapping her in a protective white blanket of fairy godmother-like love.
Now, tomorrow, Cinderella had arranged a wonderful meeting with one of the most important pillars of her new family. She was over-excited about it, planning and dreaming, talking and wishing, believing and trusting it was the beginning of the end ... the end of her misery. 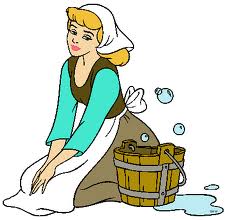 However, as time passed, doubts and fears started to set in and she began to wonder whether this wonderful luck was, in fact, too good to be true? She became anxious and scared, and was so afraid she might lose this great opportunity that her negative thoughts took her to a really dark and scary place. She even thought she would prefer not to wake up in the morning rather than have her meeting cancelled. Her only refuge was in the heart of the Fairy Godmother who managed to calm her down and give her faith and strength.
D-Day arrived. Cinderella's excitement was intriguing everyone around. She wanted her meeting to be quiet and peaceful so she chose not to be at home. She got ready as fast as she could, not wanting to lose a single moment of the coming happiness.

As she was about to leave the house, exactly one hour prior to the appointment, she was delayed by her two kittens who begged to accompany her. Accepting would take less time than arguing about it, so five minutes later, Cinderella and her kittens were in the car.  She promised to buy them ice cream so that they would keep quiet and not disturb her during the meeting (5 more minutes gone). She drove for about one kilometer before realising that she had forgotten the keys of her meeting place, so she had to drive back home. Twenty minutes left before the allotted time ... stress levels are climbing fast, driving is going faster.With no real idea how she managed it, she arrived safely at her dad's place, letting herself in with five minutes still in hand.

Cinderella and her dear friend met online, as arranged... two ladies, half a world apart, with similar ideals....They talked, they laughed.... for an hour. It was great, just perfect!
Afterwards, Cinderella and her kittens drove home on a cloud of sparkling stars....